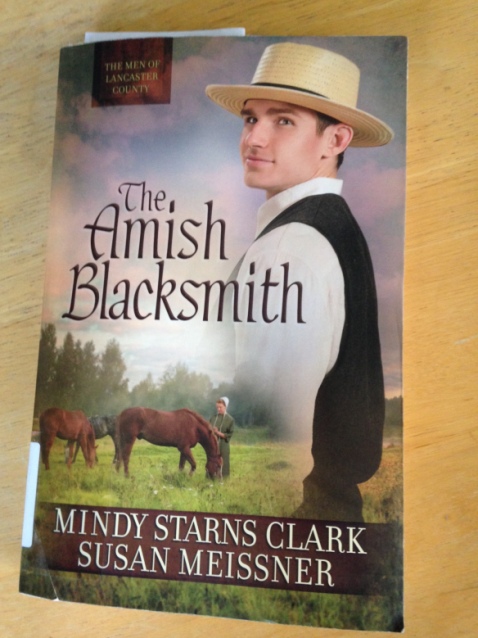 Cool Amish guys have replaced the dreamy looking girl with a huge covering and plain dress popular on the cover of some Amish romance novels. The images have done a flip. Now the young Amish-man with suspenders and broadfall pants and straw hat takes center stage.

Last week I finished reading my second Amish romance novel ever. These novels, usually with a female main character on the cover, are still wildly popular and stock shelves at Barnes & Noble and Amazon warehouses to the hilt. 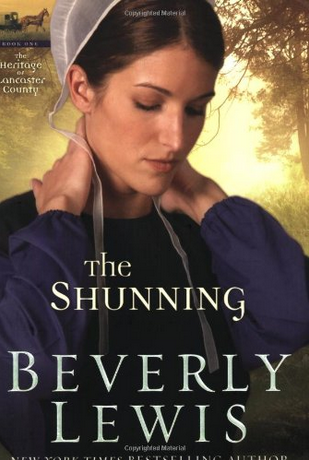 Truthfully, I have resisted reading these novels for two reasons:

Still, I took the time to read The Amish Blacksmith, starring a handsome dude named Jake on the cover with a plain Amish girl, grooming a horse in the misty background. I was curious about two things: the new trend in Amish romance fiction with a male protagonist plus the high profile of the authors within this sub-genre: Mindy Starns Clark, who has published more than 20 books including the Christy Award-winning The Amish Midwife and co-author Susan Meissner, whose novel The Shape of Mercy was named as one of the 100 best novels of 2008 by Publisher’s Weekly.

Here’s a thumb-nail of The Amish Blacksmith from Goodreads:

Apprenticed blacksmith Jake Miller is skeptical of Priscilla Kinsinger’s innate ability to soothe troubled horses, especially when he has own ideas on how to calm them. Six years earlier, Priscilla’s mother died in an awful accident at home, and Priscilla’s grief over losing her mother was so intense that she was sent to live with relatives in Ohio. She has just returned to Lancaster County.

Not that her homecoming matters to Jake, who is interested in courting lighthearted Amanda Shetler. But Jake’s boss is Priscilla’s uncle, and when the man asks Jake to help his niece reconnect with community life, he has no choice but to do just that. Surprisingly, he finds himself slowly drawn to the beautiful but emotionally wounded Priscilla.

Jake then determines to prove to her that it’s not her fault her mother died, but what he discovers will challenge everything they both believe about the depth of love and the breadth of forgiveness.

Though the pace of the book slowed toward the end, I found the book a satisfying read. It is certainly more pleasurable to gain equestrian knowledge via a novel than from an equine textbook. In fact, the authors give credit to the Riehl and Fisher families of Lancaster County for helpful on-the-farm visits and to Elam and Elias Stoltzfus, for sharing their knowledge in their own Amish blacksmith shop. I applaud the authors too for their extensive research on horsemanship, particularly horse-whispering. I felt myself being both educated and entertained as I read.

Interestingly, male readers admit to enjoying Amish romance novels too. Valerie Weaver-Zercher reports in her book Thrill of the Chaste that an elderly farmer, Glenn Swartzendruber read almost ninety Amish-themed novels during the last three years of his life. And “a physician with degrees from Harvard and the University of Pennsylvania shared that he enjoyed listening to the audio version of Beverly Lewis’s [Amish} novels.” (249)

Do you enjoy Amish romance novels? Tell us why or why not. Do you know any men who read them?