Sue, Sarah, and Handful: Reviewing The Invention of Wings

Sue Monk Kidd, best known for her debut novel, The Secret Life of Bees, has published her third novel, the acclaimed The Invention of Wings (2014). 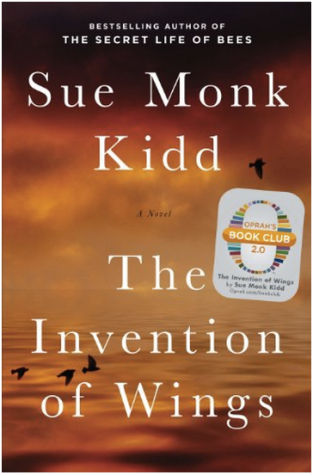 A full-page spread advertising Sue Monk Kidd’s latest work of historical fiction recently appeared in the New Yorker, which tells readers something about the stature of this work. Set in Charleston, SC, the novelist creates parallel stories representing two strata of early nineteenth-century America, alternating chapters with the voices of two engaging characters: the aristocratic Sarah Grimke and the hand-maid (creative name for slave) assigned to her, Hetty Handful Grimke. Kidd’s sweeping novel is set in motion on Sarah’s eleventh birthday, when she is given ownership of ten-year-old Handful. Over the next thirty-five years, both strive for a life of their own “forming a complex relationship marked by guilt, defiance, estrangement and the uneasy ways of love” as one reviewer characterizes it. Woven into the fabric of this novel is the alliance of the Grimke sisters, Sarah and Angelina, who advocate for the equality of slaves and the rights of women.

While the unfolding plot intertwines other historical figures, both factual and imagined, Kidd held my attention with her metaphors and other descriptions. I was particularly intrigued with the exquisite quilts Handful’s cunning mother Charlotte fabricated, often using the image of blackbird wings as a triangular motif in the design. In the acknowledgements section, the author mentions too her reference to the American black folktale, from which she drew inspiration about “people in Africa being able to fly and then losing their wings when captured into slavery.”

The two main characters in this book effectively invent their own wings, Sarah by tirelessly advocating for human rights and Handful by staging her own escape to freedom. Her often repeated refrain: 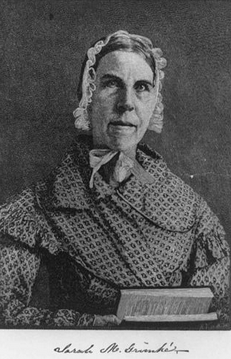 Have a look at some of handmaid Hetty’s exquisite quilts on this website. Possibly the best seamstress in Charleston, the quilting of Hetty and her mother Charlotte offered her freedom spiritually as she recorded her family’s history, and freedom physically too by enabling her to fashion a disguise that may have enabled her to escape.

Q & A with the Author 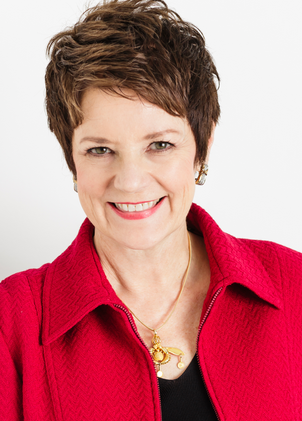 Sue Monk Kidd has created an intriguing story from mountains of research including historical dates and events, articles, letters, all inspired by viewing Judy Chicago’s The Dinner Party referred to in my last post.

See the intriguing Q & A with Sue Monk Kidd, who observed separate water fountains, black women sitting in the backseats of white women’s limousines, and the story of Rosa Parks in her own youth.

Sue Monk Kidd was published first in Guideposts and Readers’ Digest. Do you remember her writing from back then?

Can you relate to any of the characters in Sue Monk Kidd’s writings? 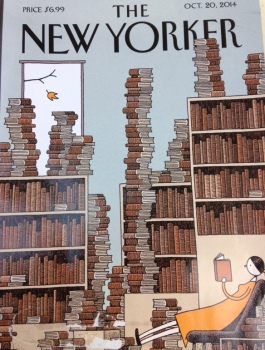