“Just two generations ago, preparing meals was as much a part of life as eating,” so says Mark Bittman in an article entitled How to Eat Now published in the October 20, 2014 issue of TIME magazine. Although a recent Harris poll reveals that 79% of Americans say they enjoy cooking, probably most get at least a third of their daily calories outside the home. Bittman goes on to show how easy it is to get a nutritious home-cooked meal on the table and includes 3 simple recipes: Vegetable soup which borrows from the freezer aisle, a whole roast chicken with garlic and lemons, and skillet pear crisp recipe which makes for easy cleanup. 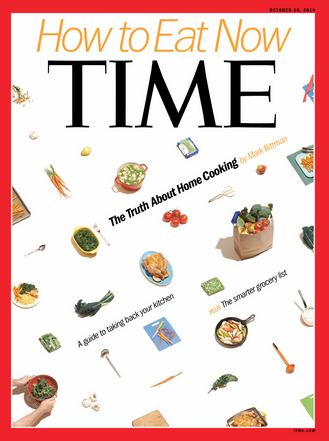 Mother of course cooked two main meals every day. I could count on the fingers of one hand the times we ate in a restaurant. Her recipes were hearty, reflective of the PA Dutch cooking she grew up with, never skimping on the butter.

When I came back from Pennsylvania a few weeks ago, I brought on the plane frozen ham loaf and chipped beef. After the ham loaf is thawed, it’s a cinch to pop it into the oven and serve in a few hours with virtually no prep time.

Preparing chipped beef gravy though, while not enormously time consuming, does require assembling ingredients: dried/chipped beef, butter, flour, milk or cream, and a touch of pepper and then stirring in a skillet on the stove.

Last Wednesday, I pulled out my trusty Mennonite Community Cookbook by Mary Emma Showalter, a book of 1100 favorite recipes gleaned from Mennonite families all over the United States and Canada. Usually, I use Mother’s recipe in my head and knowing the ingredients to what she called dried beef gravy I add a hunk of this and two cups of that, “just what you think” as she used to say. This time though I will follow the cookbook’s recipe for creamed dried beef, which I see browns the beef with the butter.

Next I assemble all of the ingredients and fire up the stove, beginning with melting butter in a hot skillet.

Adding the dried beef to the melted butter sends a hearty aroma throughout the kitchen. Then, sprinkling flour over the butter and beef, I create a roux to which I slowly add milk. Depending on your sensitivity to calories, you could use water, milk, or cream. I always use milk. Keep on stirring until the mixture becomes smooth and thick.

Finally, your creamed dried beef, which Mother always referred to as dried beef gravy, is ready to serve over toast, over mashed potatoes, as you wish.

Mark Bittman would probably raise his eyebrows over the amount of butter and flour in the creamed dried beef recipe. And of course this menu is heartier than his lower calorie menu of vegetable soup, roast chicken with pear crisp but, oh, is it delicious!

For years I thought of creamed dried beef as a Pennsylvania Dutch dish. After all, it appeared on page 58 of the Mennonite Cookbook, 1972 edition. Recently, my sister-in-law Terry told me her mother made the same recipe when she was growing up in California.

How about you? Did you enjoy creamed dried beef (or a variation) growing up? Is this recipe part of your cooking repertoire now?