Purple Passages with a June Bride 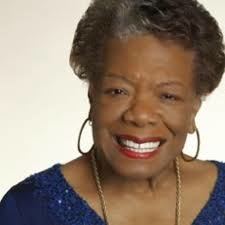 [Hear her read her valiant poem “Still I Rise” here.]

Make a careful exploration of who you are and the work you have been given, and then sink yourself into that. Don’t be impressed with yourself. Don’t compare yourself with others. Each of you must take responsibility for doing the creative best you can with your own life.

Dr. Stephen Post conducted a survey at forty-four major universities that revealed that giving protects your overall health twice as much as an aspirin protects your heart against disease. Why Good Things Happen to Good People (7)

Being Young in Heart

Another belief of mine is that everyone else my age is an adult whereas I am merely in disguise.”  ― Margaret Atwood, Cat’s Eye

Marriage is more like an airplane than a rock.

You have to commit the thing to flight, and then it creaks and groans, and keeping it airborne depends entirely on attitude. Working at it, though, we can fly forever.             ― Michael Grant in the San Diego Union

The Educated Mind & an Opposing Viewpoint

It is the mark of an educated mind to be able to entertain a thought without accepting it.

Everything that irritates us about others can lead us to an understanding of ourselves.      ―  Psychiatrist Carl Jung

Remembering is so basic and vital a part of staying alive that it takes on the strength of an instinct of survival, and acquires the power of art. Remembering is done through the blood, it is a bequeathment, it takes account of what happened before a man is born . . . . It is a physical absorption through the living body, it is a spiritual heritage. It is also a life’s work.      ― Eudora Welty in                her book On Writing in which she quotes Faulkner (103).

In fiction, time can throb like a pulse, tick like a bomb, beat like the waves of a rising tide again the shore; it can be made as the whisper of attrition, or come to an end with the explosion of a gun  (98).

Memory is deceptive because it is colored by today’s events. ― Albert Einstein

Memory. . . is the diary that we all carry about with us.  ― Oscar Wilde
*  *  *
Add more color to June’s Purple Passages!
Reply with your own quote. Or respond to one above.

I promised an answer to the puzzling question from the last post.

How did this happen? Here is our best guess:

Our children, now in their forties, were in their late teens when Cliff and I decided to leave them at home alone while we took a short weekend trip. One of the children was very mature and responsible (or so we thought), so we felt safe to leave. When we returned home, pictures on the walls were askew, there was evidence of under-age drinking, and one leg on the piano bench had obviously been broken off but bandaged up with rough, brown U-Haul tape. Our kids’ explanation then was that they had a small party but more came, uninvited, when word spread that there were no parents at home. Yes, the cliché fits here exactly: “When the cat’s away . . . !”

At the time of the first break, Cliff repaired the leg with a wooden dowel, which has lasted until a few weeks ago. Then Mr. Repairman had to reinforce the leg with a sturdier steel dowel. The END. (We hope!)

Coming next:  Hats Off to Dad 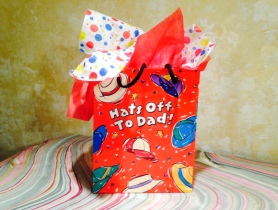