A toy train and a baby doll. That’s what these brother and sister pairs are exchanging with each other.

Trading is fun among friends, no matter what their size. Big or little, old or young – most people like to exchange gifts, conversation, sometimes even big ideas.

It is a giant leap from tots trading toys to literary giants exchanging thoughts, but the principle is the same and so are the benefits.

C. S. Lewis and J. R. R. Tolkien, both scholars at Oxford University fired one another’s imaginations in a small group called The Inklings. Both yearned to write science fiction with faith and morality as a central theme. Legend has it that “they literally tossed a coin to decide who would write a book on space travel versus time travel.” Though their early attempts were not completely successful, C. S. Lewis went on to pen The Chronicles of Narnia, and J. R. R. Tolkien wrote the Lord of the Rings series. Generations since then have enjoyed the fantasy of Tolkien’s hobbits and elves of Middle-earth and Lewis’ charming children and Narnian nymphs.

Their haunt? Frequently The Rabbit Room, a snug space tucked away in the Eagle and Child pub, Oxford, where a roaring fire, animated conversation and pipe smoke fueled their imaginations. At least twice weekly these brilliant minds hatched plans for plots and both nurtured and challenged one another’s brain children.

Christiane Northrup, M. D. a frequent PBS-TV presenter, promotes friendship as one of the paths to glorious agelessness. A sub-topic on her website exhorts women of all ages to cultivate varied friendships that she dubs “tribes” of friends. Though I never thought of my friend groups as tribes, I do recognize various kinds of friends I’ve been privileged to know at various times and places in my life. 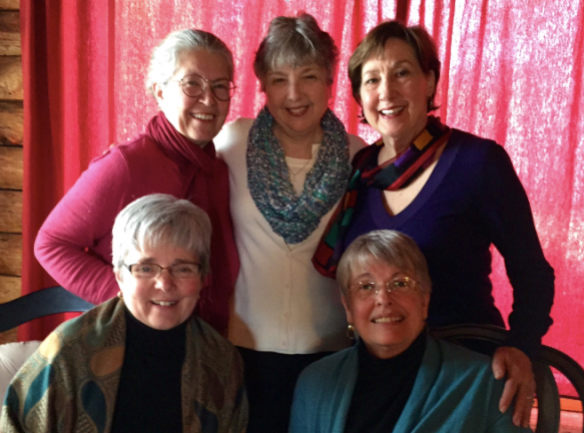 Friends at the Gym (They’re bashful!) 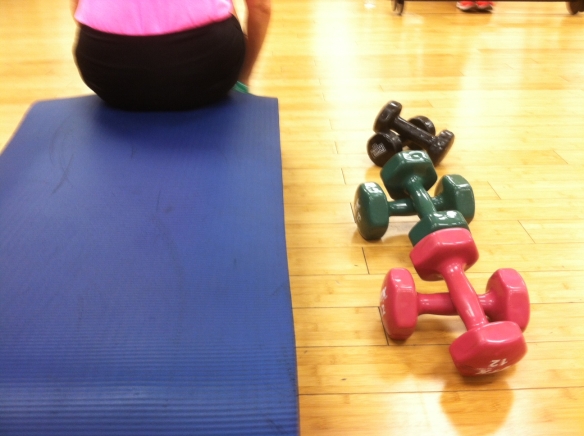 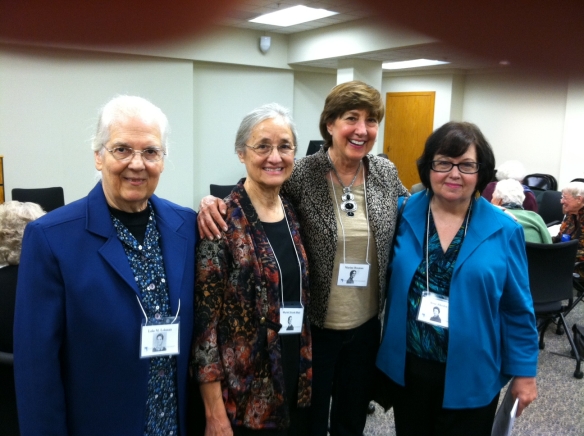 Other room-mates and friends: Our name tags imprinted with college yearbook photos.

Even sisters can be friends!

My friendship with Verna Mohler Colliver is one I’ve maintained since college days as room-mates at Eastern Mennonite College (now University). I caught up with Verna at our last college reunion.

My college room-mate Verna Mohler Colliver and me at EMU Homecoming, 2013

Since the reunion, Verna and I have exchanged photos and slides of ourselves as beginning teachers at Lancaster Mennonite School in the 1960s. Indeed, she helped me hatch a plan to reflect on those early years in our careers by providing some photo “fuel” for two upcoming blog posts. That’s what friends do. And I appreciate it too!

As iron sharpens iron, so a man sharpeneth the countenance of his friend.

Do you have “tribes” of friends? Do you see them often? How do you keep your friendship(s) alive?