Mennonites and the Marlboro Man

The Marlboro man, pictured as a cool-guy cowboy in a fresh country setting, ruled cigarette advertising from 1954 -1999.

Smoking then was considered glamorous and cool, a way to fit in with the crowd. One of our most popular presidents, Ronald Reagan, was formerly a cigarette model for Chesterfields, even advertising that he would give cases of the product to his friends for Christmas. 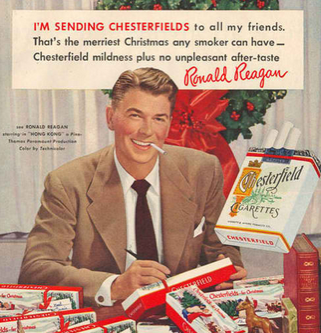 As the Marlboro Man’s ads evolved, the Surgeon General’s warning of health hazards appeared on cigarette packs. Now of course, smoking is taboo in stores and restaurants, and smokers are often viewed as outcasts.

Mennonite farmers in Lancaster County during the 1950s and 1960s grew tobacco as a prime cash crop. But as Shirley Showalter points out in her memoir, growing tobacco was both a tradition and controversy among Lancaster Conference Mennonites. “After George Brunk’s tent revivals, many farmers plowed up or stopped planting tobacco,” she comments. My own Dad stopped planting tobacco then, substituting tomatoes and corn in our acreage in Bainbridge, Pennsylvania. Shirley divulges her dad’s decision about farming tobacco in her book BLUSH (173).

Here are some photos of young tobacco plants, Mother Ruth in the tobacco fields and then a snapshot of the drying process before the crop was sold to a tobacco company.

The issue of tobacco production and use appears in the Statement of Christian Doctrine and Rules and Discipline of the Lancaster Conference Mennonite Church (July 1968) but as an advisory to only ministers and their wives:

“Inasmuch as ordained brethren and their wives by their teaching and example exert strong influence within the brotherhood, it is required for the spiritual welfare of the church that they give evidence of willingness to subscribe to . . . the following standards of faith and life.

Listed as “f” in a range of a – h points, this directive pertains not only to the ordained urging “the non-use and non-production of tobacco.” (29)  Apparently the issue of smoking and its health hazards posed a serious dilemma to the church with lay members who relied on tobacco growing as a way to pay the mortgage.

Many of my uncles smoked cigars when they were together. Even my dad would occasionally join in as a way to socialize.

I recently found a map of Yellowstone with a Conoco ad in the 1960s using the pleasures of smoking to promote their brand of gasoline:

A young boy named Jeremy learns about the dangers of smoking in an imaginative book entitled The Boy Who Grew Too Small.

Click here to buy book, written and illustrated by Cliff.